Below are several projects for the orphans. Donations for a specific purpose may only be used for that purpose. 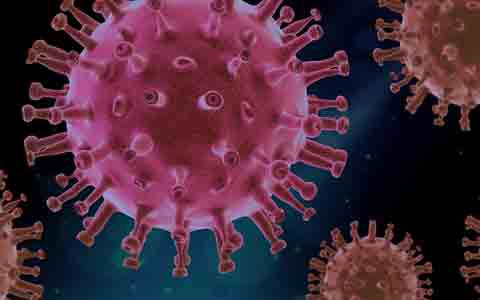 And suddenly the virus reached Jakarta. Panic struck when two people tested positive for Covid-19. The country was immediately locked down, just like the rest of the world. Schools were closed, the eternal traffic jams disappeared from the streets and, instead of toilet paper, everyone bought huge stocks of Jamu, a sweet, hot and spicy drink that was supposed to help against infection by the virus.

The yayasan, too, closed its gates immediately. Due to the rapidly increasing number of patients, the decision was made that the risk of catching Covid off site was too severe. After all, the streets were still busy with people who may or may not have had to work out of financial necessity, and if a child got sick, it was likely that everyone in the orphanage would catch it too. To reduce physical contact, an attempt was made to get the children to bow from a distance whenever they met another child or a caretaker. However, this exercise in politeness was swiftly abandoned when it turned out that it simply went over their heads. Instead, everyone was shown how to wash their hands properly and food deliveries were left at the gate. All the same, contact between the children and the caretakers was prevented as much as was reasonably possible. The latter was something the youngest children had real trouble with. One of the little boys told a caretaker from a distance that he really wasn’t sick, honest, at least once a day.

Since the yayasan schools are closed now too, the children need to learn as best as they can at the orphanage itself. For this reason, a number of spaces were created around the boys’ house where the kids can do their homework. And although certain children complained bitterly, the government is helping out with remote on-line learning programs. You can definitely say that the computers we bought with the help of Dutch donors last year are coming in handy.

Unfortunately, Covid has lost us a lot of local help. The precarious financial situation means that occasional donations, often in the form of food, are delayed or simply not possible. Moreover, the compulsory closure of all schools has resulted in the partial non-payment of school fees for the yayasan school, which are usually used to pay for the yayasan’s overheads. Because of the virus and the problems it has caused, we are not asking for money for a library, maintenance or things like clothing. Instead, we need funds for the most commonplace, everyday things like water, electricity and food. So, if you are not yet a donor, please take this opportunity to help the children. 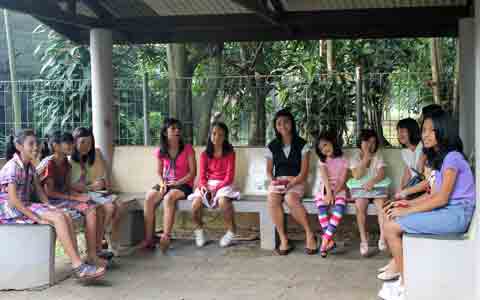 The Yayasan will always help to find a job or an internship after the kids graduate from high school. But of course having only a high school diploma gives limited possibilities in modern society. Getting a college degree, especially for kids without much of a network, would enhance their chances enormously.

Luckily there is a scholarship fund they can possibly use. Because the money in this fund is donated specifically for educational purposes, it can legally only be used as such. Before the scholarship fund is used however, the Yayasan will first see if there are any government grants. Children with high grades can be eligible for those grants.

Unfortunately, the scholarship fund isn’t limitless and not all the kids can get a chance at further development and a career. So if you value knowledge, education and a descent future for kids, please make a contribution to this fund. 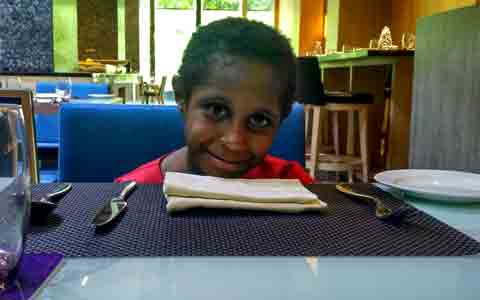 Eating ice cream can be of the greatest importance to kids. The same goes of course for a trip to a swimming pool or just a visit to the park. You notice how much they need it when the kids laugh and jump around in the water or when they quietly and concentrated eat their ice cream. And the orphans from the Yayasan, just like any other kid, sometimes need a little treat.

The same project for every child every time:
love and care